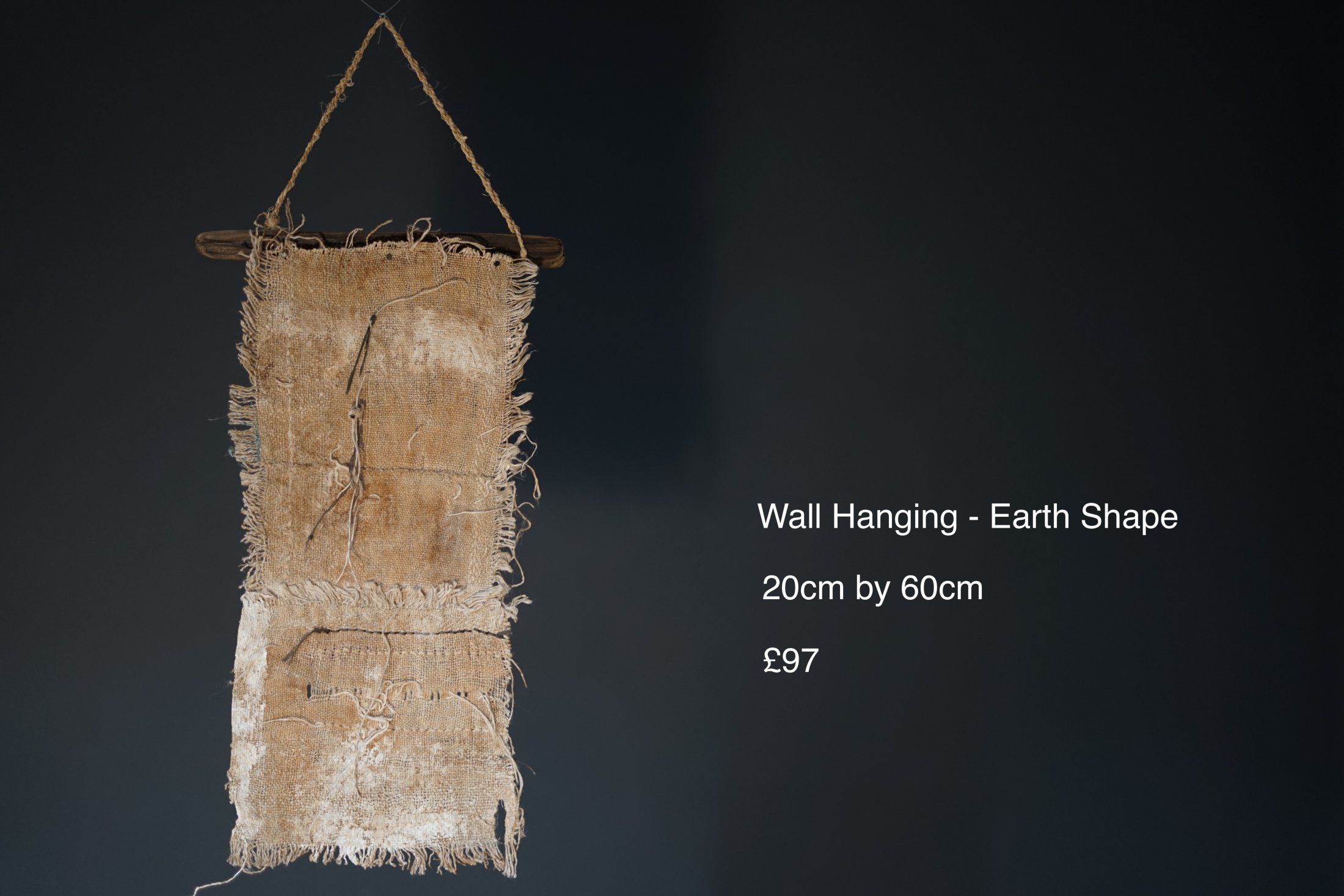 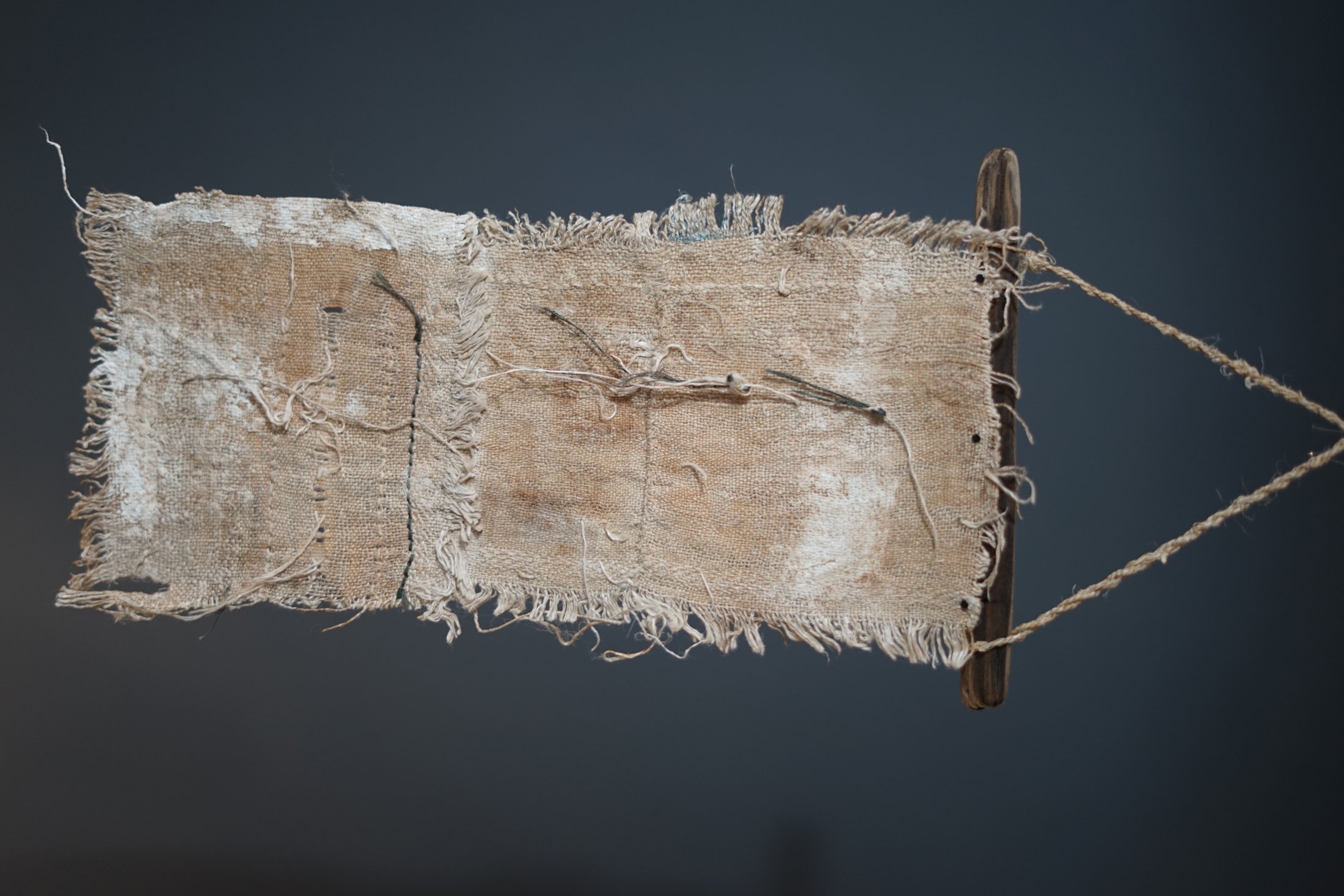 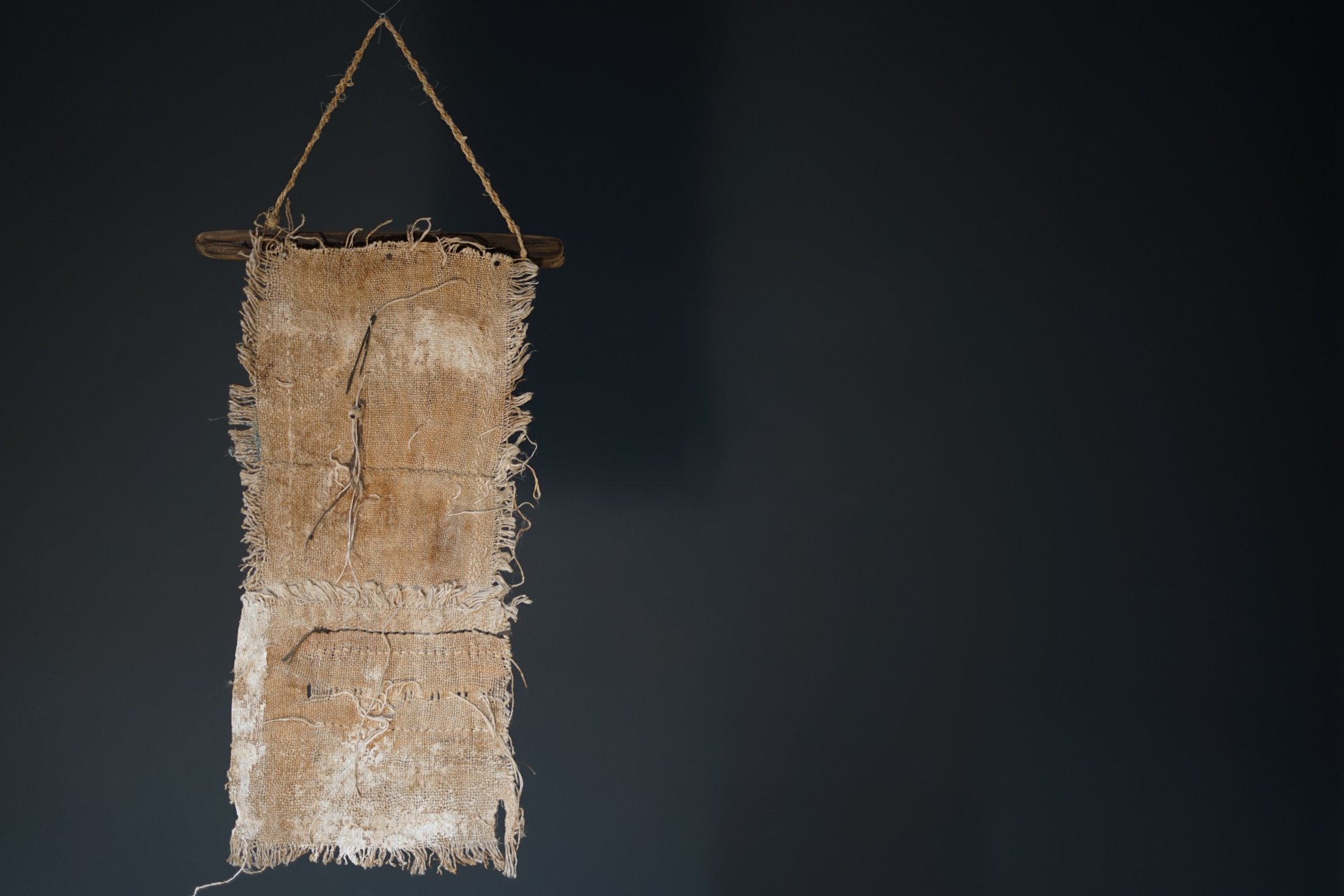 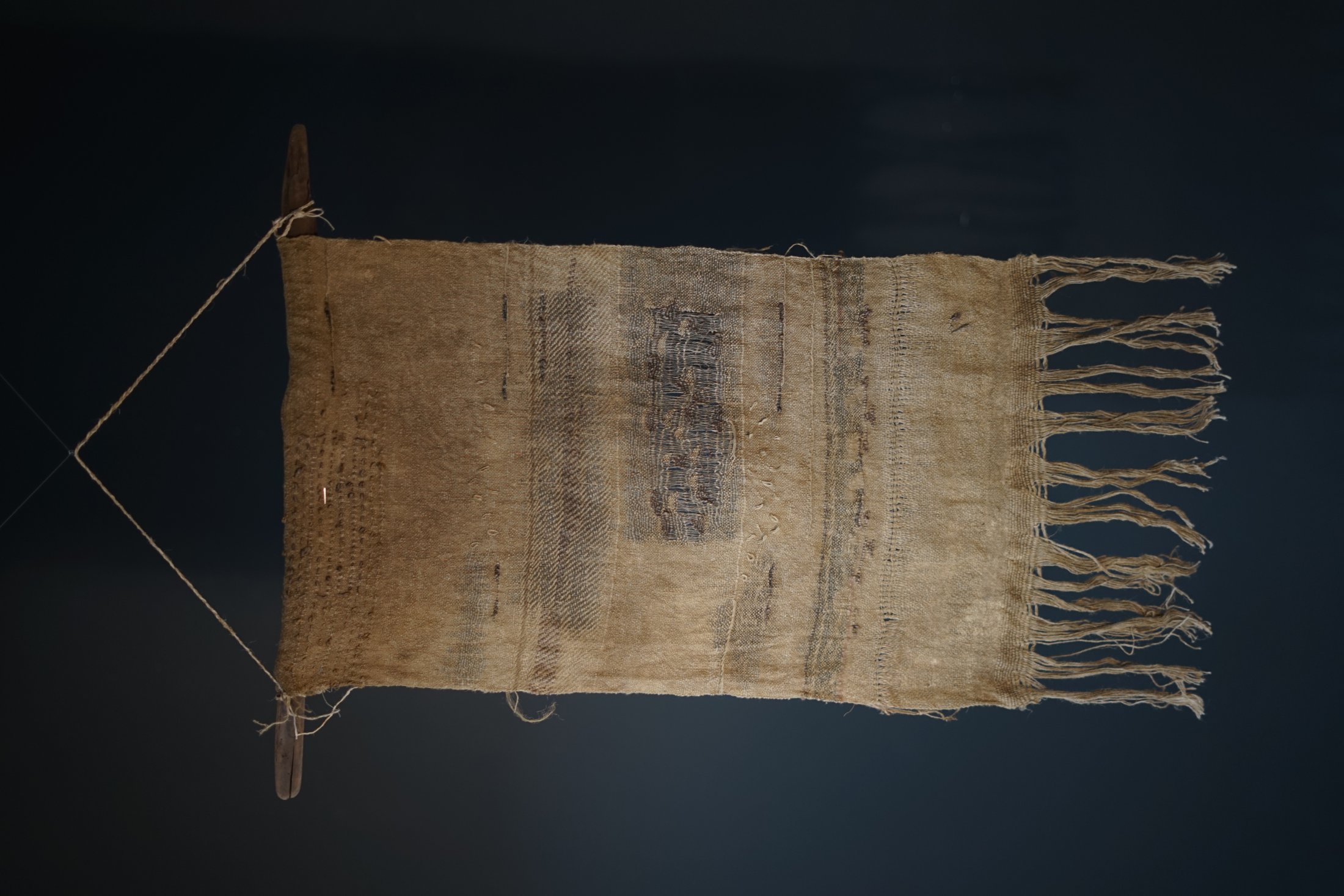 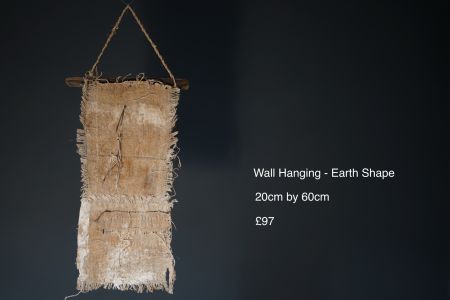 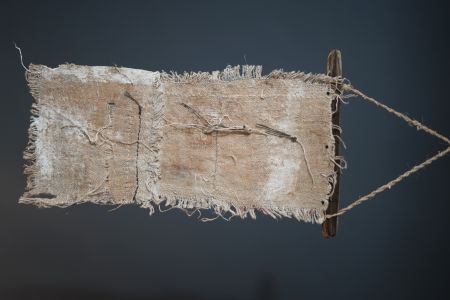 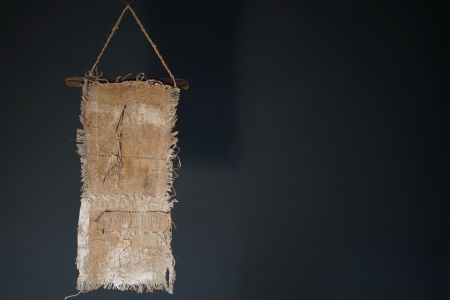 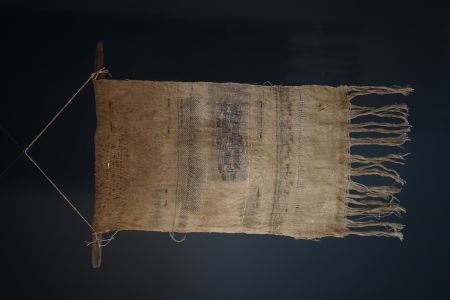 I have loved using linen in my weaving since doing a M.A at Winchester school of art. I am now growing my own flax from seed and am really enjoying the experience of processing it into linen yarn and using it in my weaving.

I plant the flax seed (which is also called linseed) in spring and it is ready to harvest around August time or earlier if I grow some in my poly tunnel. The variety used in flax production is long strawed flax and grows to over a metre in height which provides the long fibre length ideal for spinning into yarn. 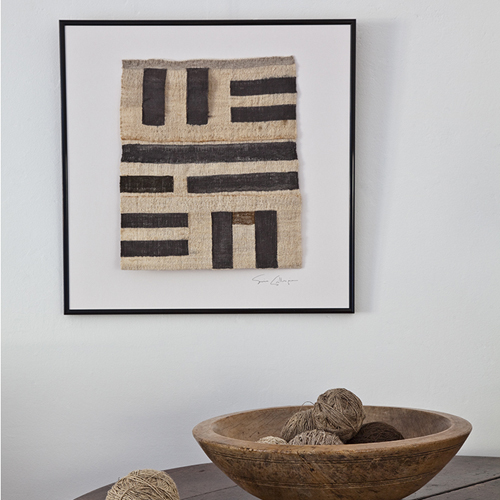 Once the seed heads have formed and the stalks have started to turn yellow the plant is harvested by pulling it from the soil along with its root to gain the maximum fibre length possible.

I leave it to dry and then take the seed heads off with a comb called a ripple.

The next stage of the process is to break down the pith and bark in the stems to allow the fibres to separate in a process called retting. I do this by laying the stems out on the ground to weather in the dew or by submerging them in a bath of water.

After a week or two depending on the conditions, I take a few stems and bend them to see if the fibres come free. If they do I dry the stems again then put them through a giant wooden crimp which I had made called a breaker to reveal the flax fibres.

The remaining bits of hard pith that are left on the fibres are I then remove with a wooden knife called a scutch. 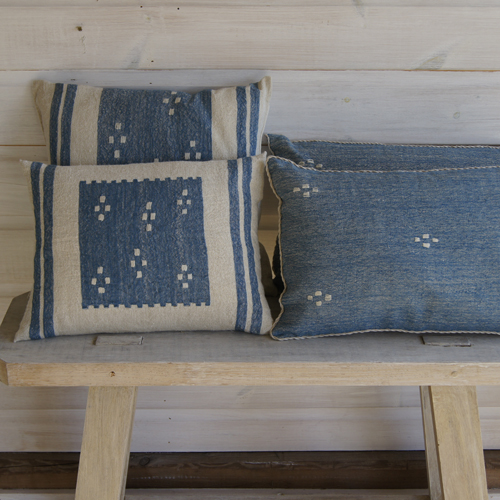 I then need to prepare the fibres for spinning, which I do by combing them through fine metal tines (prongs) called a hackle until they resemble a flaxen haired pony tail.

The pony tail is then spread out on a table and wound onto my home made distaff.

To spin the fibre into yarn, I gradually tease the fibre off the distaff and onto the spinning wheel which twists the

fibre to produce the yarn. The yarn I produce is quite coarse which is from lack of experience and expertise but luckily it is just how I like it!

Then to keep the yarn neat, I wind it into balls around half a walnut shell which is a technique I discovered when I came across some balls of antique French linen.

I’m then ready to weave the linen into cloth.

Occasionally, I put on a four day flax processing, spinning and weaving course where you can learn how to process and spin flax to make a small hank of linen then weave a cushion cover or artwork.

To find out about course date availability please visit the weaving courses tab above.